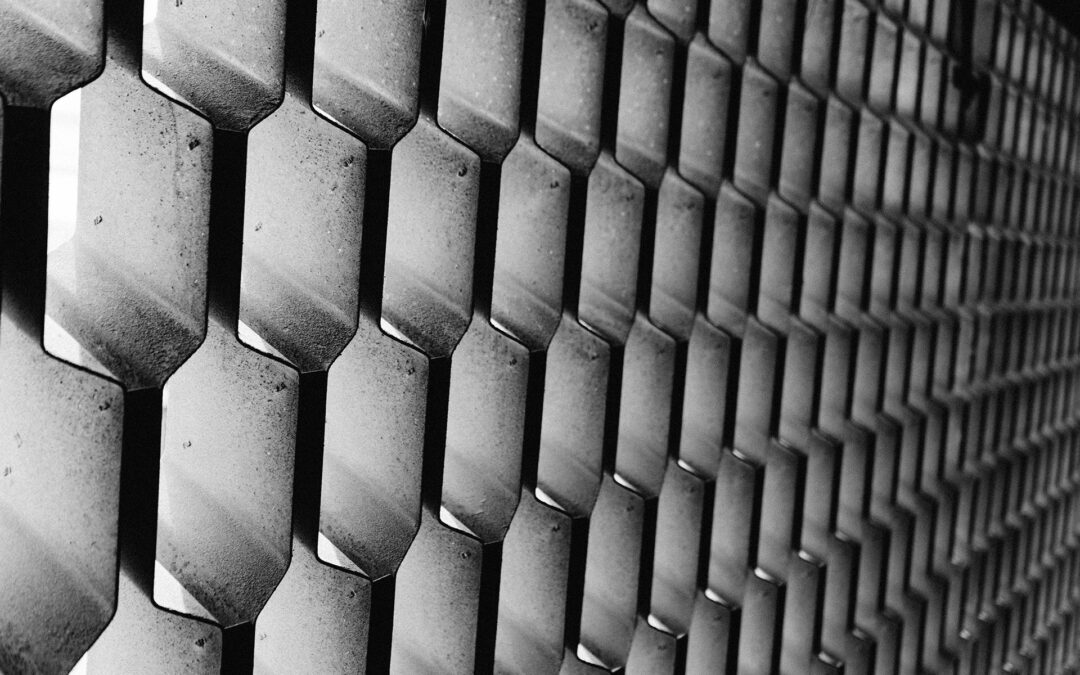 I recently borrowed a pressure washer from someone. When I started to rinse off an area on the side of my house that had mud and grime, stuff started to come off that I didn’t even know was there. Stains that had tinted the grout around the bricks. Dirt that had found its way into the crevices of the exterior of the house. And more stuff started to fall away from the cleansing water that I didn’t even realize was making my house dirty. I felt so accomplished after I finished one side of my house…that I started to work on the fence.

Now, I am not an experienced pressure washing person, but very quickly I realized, the brick offered some sense of forgiveness in my pressure washing. The texture and color variations didn’t expose how inconsistently I was moving back and forth across the house…but the fence did. The fence showed every single movement. The areas I spent a bit too long on seemed bleached compared to the areas I just glided past. After a few moments I came to the conclusion that to power wash the fence would be a much more difficult endeavor and would take a lot more time. I ended up spending close to an hour on one very small section of my fence before I gave up. Truth be told, I also gave up because we were all doing work around the house and yard and I tripped a breaker…I took that as a sign.

Taking a power washer to my house was eye opening to see how dirty it was, but using it on the fence showed me how long it would take to truly wash it all away.

See, I think following after Jesus often first looks like a quick rinse. We think, “I should do this. I need to clean up a bit”…and we quickly hose everything off. Maybe it’s because we felt shame or embarrassment, maybe we realized life wasn’t working the way we hoped or anticipated, or maybe we can’t explain why…we just did. But then as we kept at it, we started to see the ares that were maybe more hidden. The areas that took a longer time to see the way they were intended to be.

I was reminded of the time the blind man was given sight by Jesus. If you remember this story in Mark 8, Jesus is in Bethsaida and some people bring a blind man to him. Jesus takes the man and you won’t believe this…spits in his eyes, then lays his hands on him and ask him if he sees. Now, super weird approach…but I don’t fully understand how Jesus works…no matter, the man responds and says “I see people…but they look like trees walking”. We might hear this story and think, did Jesus lose his touch? Did Jesus not deliver or perform his miracle the way he was supposed to? Did it not work?

Then Jesus laid his hands on him again, and it says his sight was restored and he could see clearly. When we hear this story, we often times think, I guess Jesus didn’t do what he was supposed to do. But what about the man? Is it possible that he didn’t fully trust, he didn’t fully believe Jesus? Maybe our hesitations, our reservations, are because we don’t think it is possible or needed. But once we start to see a little, we recognize the need for even more clarity.

There are times I am convinced I have it all figured out. I don’t need much of Jesus…just a little bit here and there. And when I encounter him, I start to realize I am trusting in Jesus just the bare minimum and there is a whole lot more that needs to be cleansed, needs to be healed, needs to be restored. The word that is used in the greek for restored really leans into the idea that it goes back to the way it was intended, to the original design, to the default settings by the creator. Jesus was bringing him back…not to where he may have been before in this life, but the way he was intended to be. The last line of the story is amazing…it says that the man who was blind now began to see everything clearly. When we start to follow after Jesus, it changes the way we see everything. We start to see everything clearly.

Truth be told, I gave up on power washing my fence. It was too hard. It took too much time. And if I’m honest, I don’t know if anyone would notice or care. A fence is just a fence, but a soul is forever. Take time to let your life be washed clean by your savior. Let his cleansing grace and love wash away what has been built up and distorted over the years. Allow the Lord to restore you to who God has called you to be…and with that you will not only be different, you will see everything clearer.

Join us this Sunday as we talk about what it means to follow after Jesus. My friend Clay Scroggins will be preaching this Sunday and I look forward to you hearing from him at our 10am service. If you don’t know Clay he has joined us before and he is great. Sarah, Daniel, and I will still be here for both communion at 9am and worship at 10am and we are excited to share in that time with you.