A NAUTICAL WEDDING IN SEASIDE

Everything is bigger in Texas. And when Houston natives Evan Harrell and David Holland decided to tie the knot near the Harrell family’s vacation home in Seaside, Florida, they brought that bigger-is-better mind-set to the festivities. Welcoming nearly four hundred guests to one of the largest weddings ever hosted in Seaside, the days-long celebration managed to retain an unmistakable intimacy, thanks to the integration of important family traditions and heirlooms. The road to what became the Nauti Wedding: Anchors Aweigh on 30-A on April 21, 2018, started in Houston. Mutual friends arranged a date between Evan, a graduate of the University of Texas, and David, a Texas A&M alum. Within a month of meeting, Evan suggested a trip to the family vacation home, In Surf We Trust, to share the town of Seaside with David. As she’d hoped, he fell under the town’s spell immediately. And when he decided to propose on Christmas Eve, continuing a tradition started by Evan’s dad when he proposed to her mom, David knew it had to take place in Seaside. Having sneaked into town the night before—and asking her father’s permission months ago—David surprised Evan in front of the Seaside Chapel while Evan and her family took an “impromptu” stroll. Freezing for just a moment at seeing him so unexpectedly, Evan was soon running full speed into his arms. No discussion was needed about where the two would marry. Seaside had adopted David as easily as it had adopted the Harrell family years before, with signs posted in store windows, on daily specials boards, and even at local airports congratulating the couple on their upcoming nuptials. With help from the bride’s mother, Willie, and North Carolina–based wedding planning firm Salt Harbor Designs, the remarkable details started coming into focus. 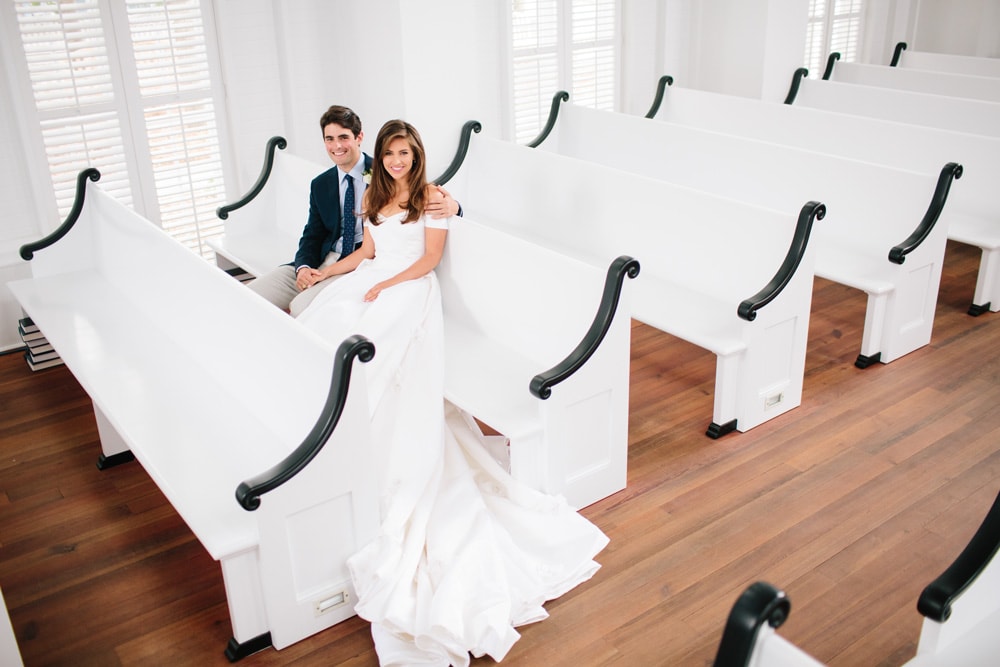 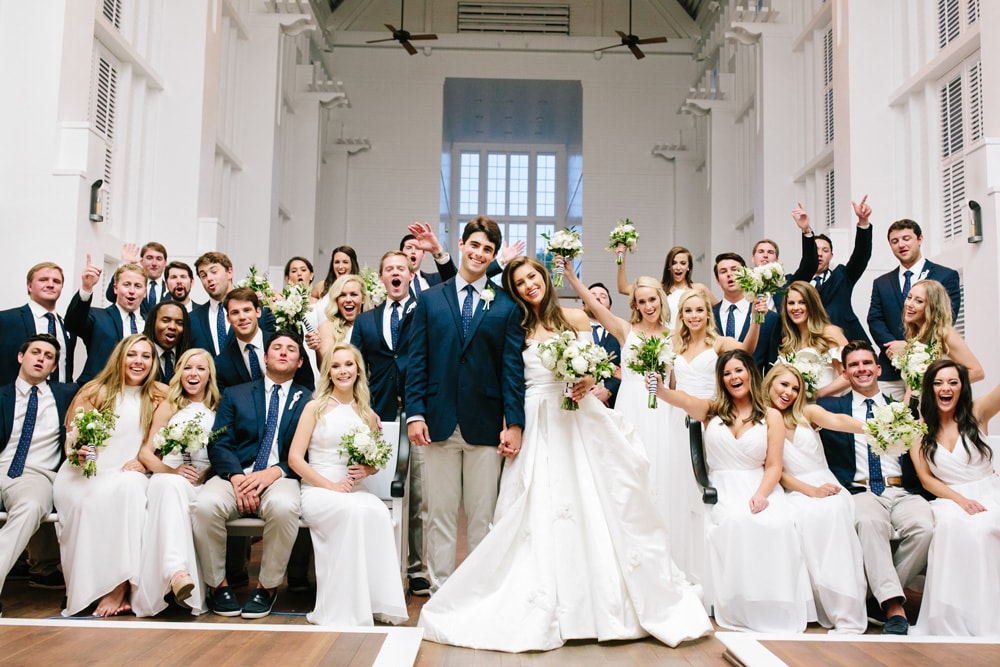 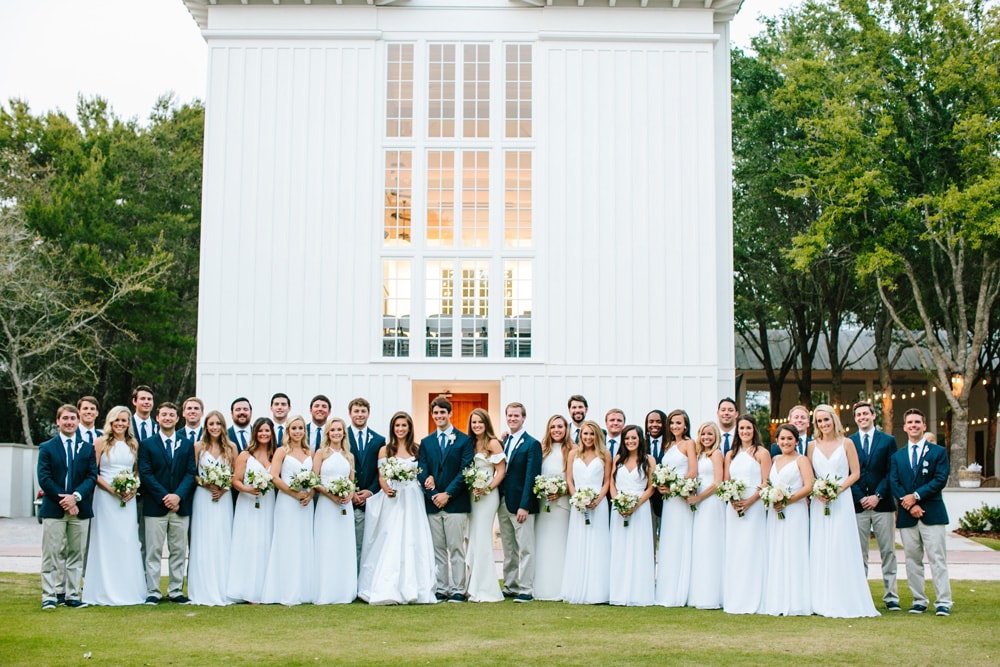 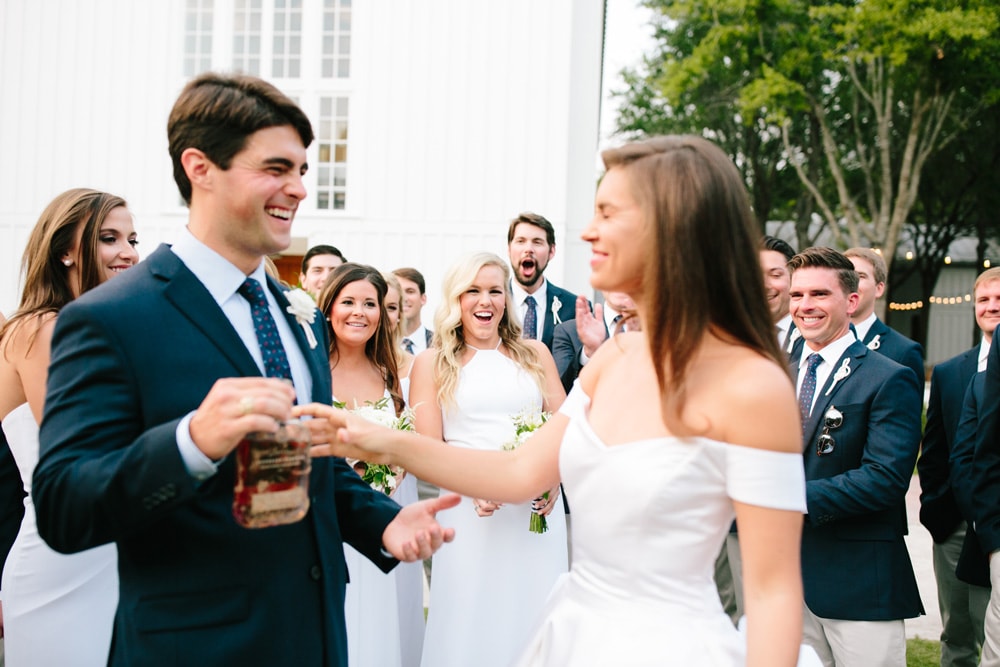 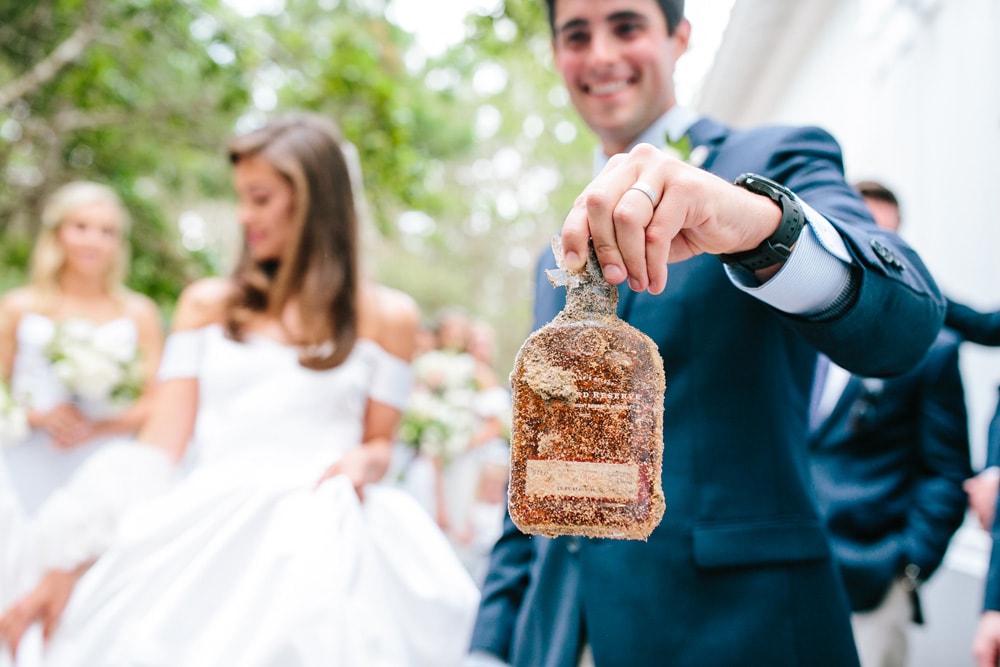 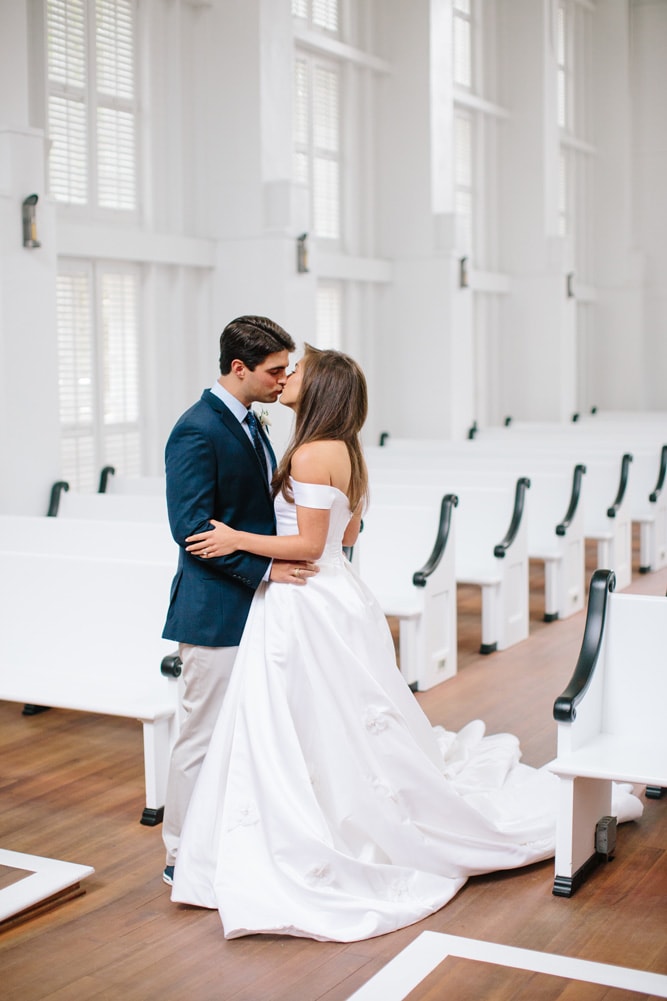 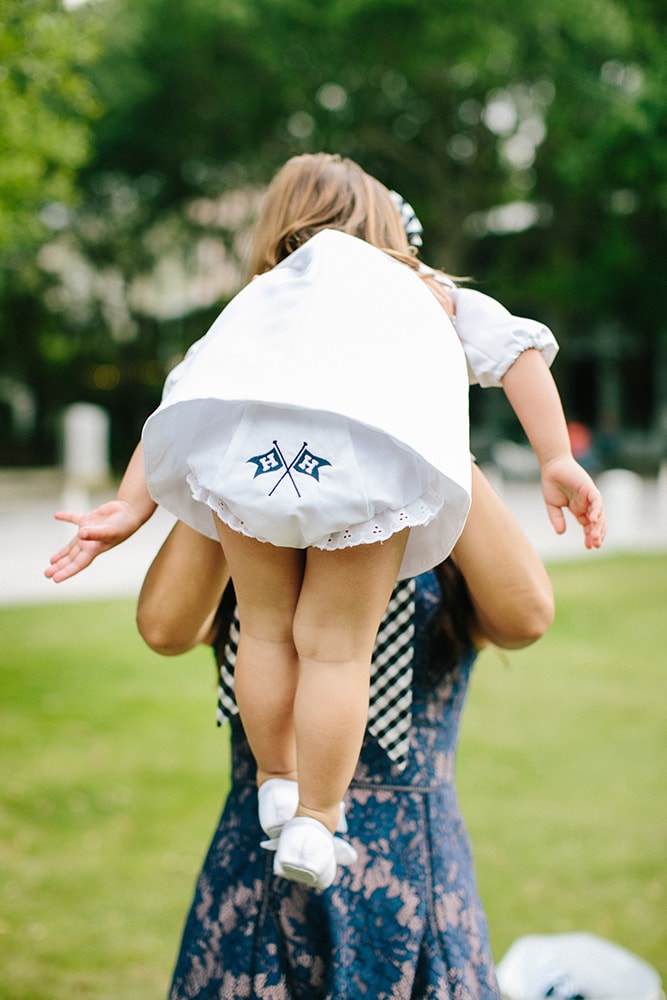 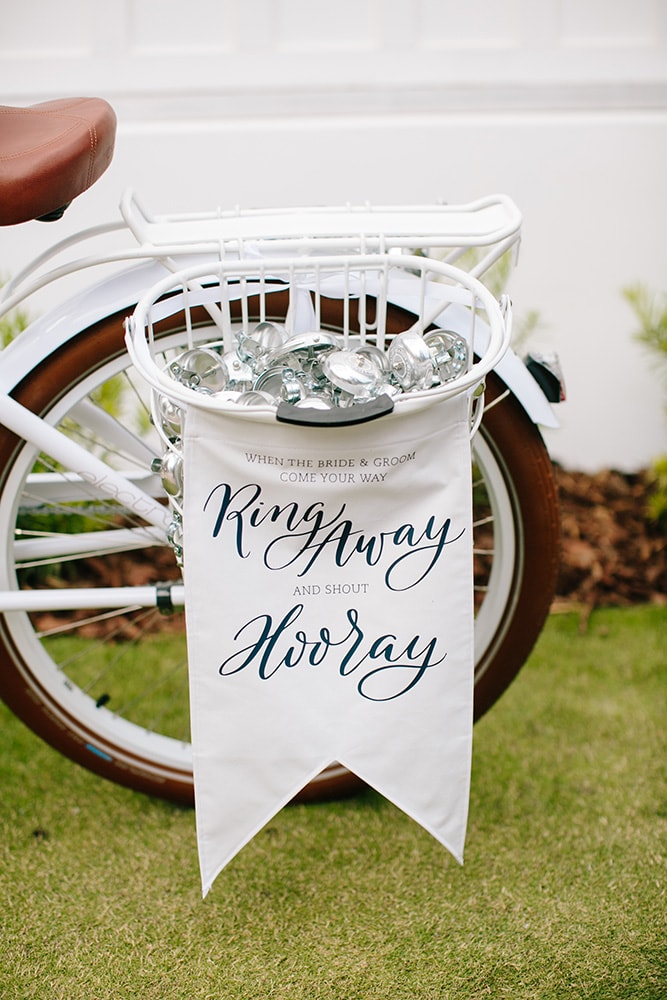 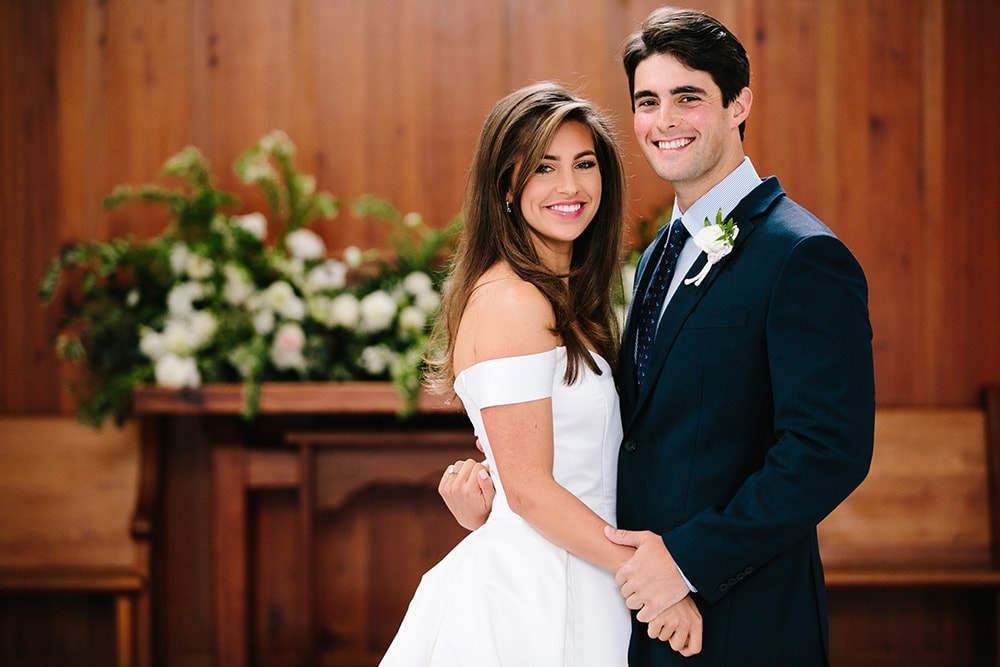 The Chapel at Seaside was honored to host the bride and groom, along with their family and friends, for this one-of-a-kind wedding extravaganza! Read more and see more photos in VIE magazine’s June 2019 issue here! Photos by Millie Holloman Photography
“But the fruit of the Spirit is love, joy, peace, forbearance, kindness, goodness, faithfulness,” Galatians 5:22